I have a profound desire to understand and explore the nature of duality. I was born in a tiny isolated village in Cochabamba, Bolivia. I have had the unique experience of growing up in one of the poorest countries in Latin America and living in one of the wealthiest in the world for the last thirteen years. My last decade in Long Beach, California has been a sharp contrast to my life in the countryside of Bolivia. I have always been interested in dualities and this contrast of cultures has only expanded my interest.

Love and hate. Good and bad. Light and dark. Abundance and scarcity. Suffering and pleasure. Spiritual and material. Philosophical and theological. These perpetual dualities and struggles coexist within each of us. In my journey as an artist, I attempt to harmonize these dualities, to create a dialog between extremes.

In the process of exploring duality, I also try to capture the magic and beauty of the culture of my ancestors, the Incas. Through my work, I not only express that which compels me, I nourish myself with the energy of the landscapes, the power of the culture, the wisdom and determination of my ancestors.

I remember as a 3 year old, gathering stones of different colors and drawing on rocks or adobe walls. I drew in the sand at the river’s edge with a stick. I arranged twigs, leaves, and other curiosities I found on my long walks through the countryside. I climbed luscious trees and cliffs of red and orange hues observing the divine art of Pacha Mama, Mother Earth. I could not resist. My childhood was spent climbing trees, collecting stones, and being shaped by the beauty of the Bolivian landscape.

As a teenager I attended pre-seminary and went on to seminary, however, I discovered that my true calling to divinity was not through priesthood but rather, through art. I continued making art. This is not an easy path in Bolivia. A common response to my being an artist was, ‘Lo siento,” “I’m sorry.” This has not deterred me. Creating for me is as necessary as breathing….perhaps even more important.

Inhaling the aroma of cedar and mahogany stretchers in my workshop reminds me of my life in the campo, the countryside. The germination of an idea takes place as I prepare my canvas. It is my ritual. I need to know the canvas, I let the idea evolve as I create the space where it transforms itself into existence.

I prepare the canvas with a layer of earth tone paint. Although this basecoat is rarely seen it is the foundation for all the other hues which will reveal themselves in the layers of ideas, colors, and emotions. Only when the canvas is ready do I, with my palette knife, begin to breathe life into a painting.

I am compelled to share my culture and my work with others. I feel the responsibility to contribute to my community in positive ways. I am passionate about sharing creativity, and especially, helping others develop and realize their own infinite creative capacity. I have worked with children, differently abled people, the elderly, and many other diverse groups. For having received the gift of creativity, I must share it. Creating is, after all, living.

Over the years, I have given numerous presentations and hosted many groups in my studio to share my work and how I do it. This fuels my creativity. Collaboration is like mixing colors, you create another hue, another dimension, another experience, another dream.

Ramón was born and raised deep in the Bolivian Andes. His youth was spent farming, tending animals and developing a profound reverence for nature and Bolivian culture. At age 15 he went to boarding school and continued on to seminary. Shortly after seminary he attended Raul G. Prada Fine Arts School in Cochabamba, Bolivia and graduated with a major in Sculpture.

His first year after art school, he won the national grand prize for his sculpture “Christos Rotos” and continued to garner national awards for painting, sculpture and watercolor. Ramón was selected to be the first Artist in Residence at the American Embassy in La Paz, Bolivia. His work is held in museum collections in Bolivia and has had solo and group shows in galleries throughout Bolivia.

In 2012 the Los Angeles Arboretum invited 100 artists to participate in a show with work made from the trees that were destroyed or damaged during the windstorm of 2011. Ramon participated in the show that garnered worldwide attention and awards.

Ramón was commissioned by the Cesar Chavez Foundation, KaBoom! and Maria Shriver to create a mural celebrating the life of Cesar Chavez. He designed and painted it with Maria Shriver, Los Angeles Mayor, Antonio Villaraigosa, and the Chavez family. The mural was replicated in 30 additional sites throughout California. Ramón has donated over $100k of his work in the last decade for fundraising purposes to causes and organizations he supports. 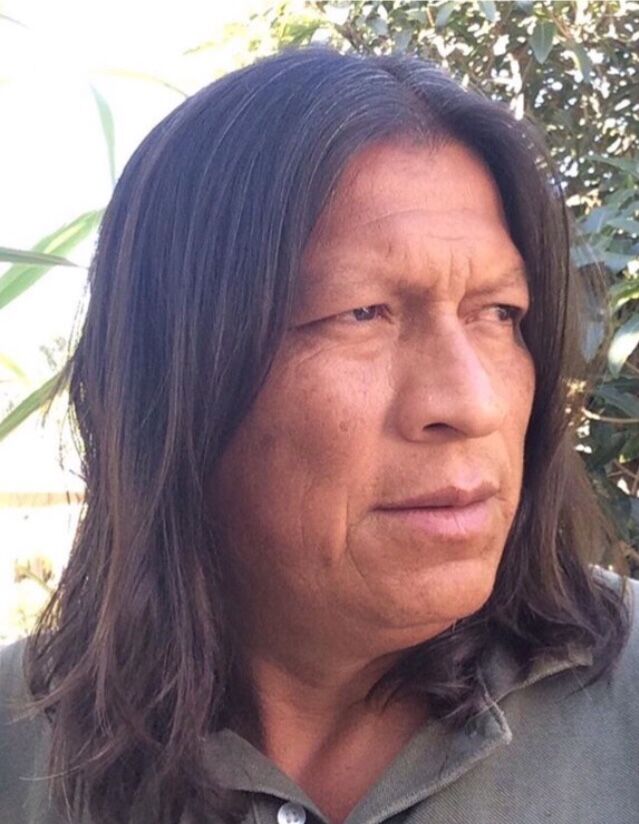