Fourteen months ago, while I was sailing off the coast of Catalina with my parents, we spotted a pod of dolphins. My dad asked me to get his camera, but this time it was me who took the picture. The first picture I took was my worst and hopefully it stays that way. But in the long run it doesn’t matter; because I wouldn’t be here if I hadn’t pushed the shutter button. I haven’t stopped taking pictures since then.

When I got back from Catalina, I started taking pictures non-stop. I would walk around downtown Long Beach and take pictures of everything and anything. I would use the manual settings on the camera to see what would happen if I adjusted the settings differently. I learned how I learn: by taking a picture to see if it works, and if it doesn’t, adjust the settings to improve the picture. Photography was a way for me to express myself creatively, something that I was unconsciously missing.

After a while I became familiar with the settings of my dad’s camera, a Nikon D3300, and I began to experiment with different styles of photography. The technique I found myself using most often was isolation. I would isolate my subjects, which were usually natural subjects, from the man-made objects. I started to notice that when I was home and took a photo of a beautiful sunset, I would not be satisfied with the shot because of the powerlines, houses, and cars in the picture. I started taking photos of sunsets from the beach. When I would take pictures of flowers and insects, I didn’t like the shot when there were houses in the background, so I learned how to adjust the aperture of the lens to blur the background and isolate my subject.

As you can see in the displayed photos, the majority of them are of nature. As I took the photos, I began to form a philosophy about nature. The more time I spent in nature the more I grew tired of city life. I used to spend the majority of my time indoors (like many of us) but photography has given me a window into the workings of nature. Nature makes me cherish how much of the world’s natural space has been invaded by humans and our industrial ways. Since humans have been on earth, we have killed off 99% of its species; we should be doing everything in our power to protect the 1% that remains. This philosophy of appreciating and protecting biodiversity directly affects how I approach my photography.

Two of my favorite styles are panorama and macro photography. The first time I tried creating a panorama was in Arizona in January of this year on a trip to the Grand Canyon. On the drive there I knew that a single picture was not going to be good enough to capture the immense nature of the canyon, and the panorama setting on the camera was going to produce an unsatisfactory photo. So, I took a bunch of pictures as if they were on a grid. To get the perfect photo, I had to hop the fence and get to the edge, to the dismay of my parents.  I was not behind the rail that the Park Service had set up, but rather I was on the edge.  Thanks to the Federal Government shutdown, I only had to evade 2 parents, and not 2 parents and the park rangers.  The camera was taken away from me for the feat, but I managed to get these photos.  When I got back, I was able to stitch together the 15 or so photos into one seamless photo.

Another technique of photography that I use is macro. A macro photo is a photo where the ratio of the subject in the photo and the way the person sees it is 1:1 close-up. I learned that if you flip the camera lens around (so that the glass that normally faces out now faces the sensor) you can get the same super close up effect that you get if you pay for an expensive macro lens. You do compromise some light, stability, and depth of field, but it can be done effectively.

In April, I was coming home from a sailing regatta and we stopped at Point Dume for the sunset. The wildflowers were in bloom and the clouds had set up a dazzling display of color. There were no power lines in this shot! I took some panoramas and some landscape shots. I have since learned that most landscape shots are horizontal. I had not taken a photography class and I didn’t know all the “rules” of photography. I started to take pictures ‘my way’ first. Shooting before I read about the rules has been to my benefit and has allowed me to develop my own style.

When I was younger, I took watercolor lessons with Ramon Rodriguez. I stopped doing any artwork until 5th grade when I took an art class and remembered how much I loved being creative. This led me to learn doodling with Debbie Rodriguez but then I stopped that too. But I don’t plan to stop photography as it has become a passion of mine. In the future I’m sure my photography will take different forms but I’m also sure that I will continue taking pictures. 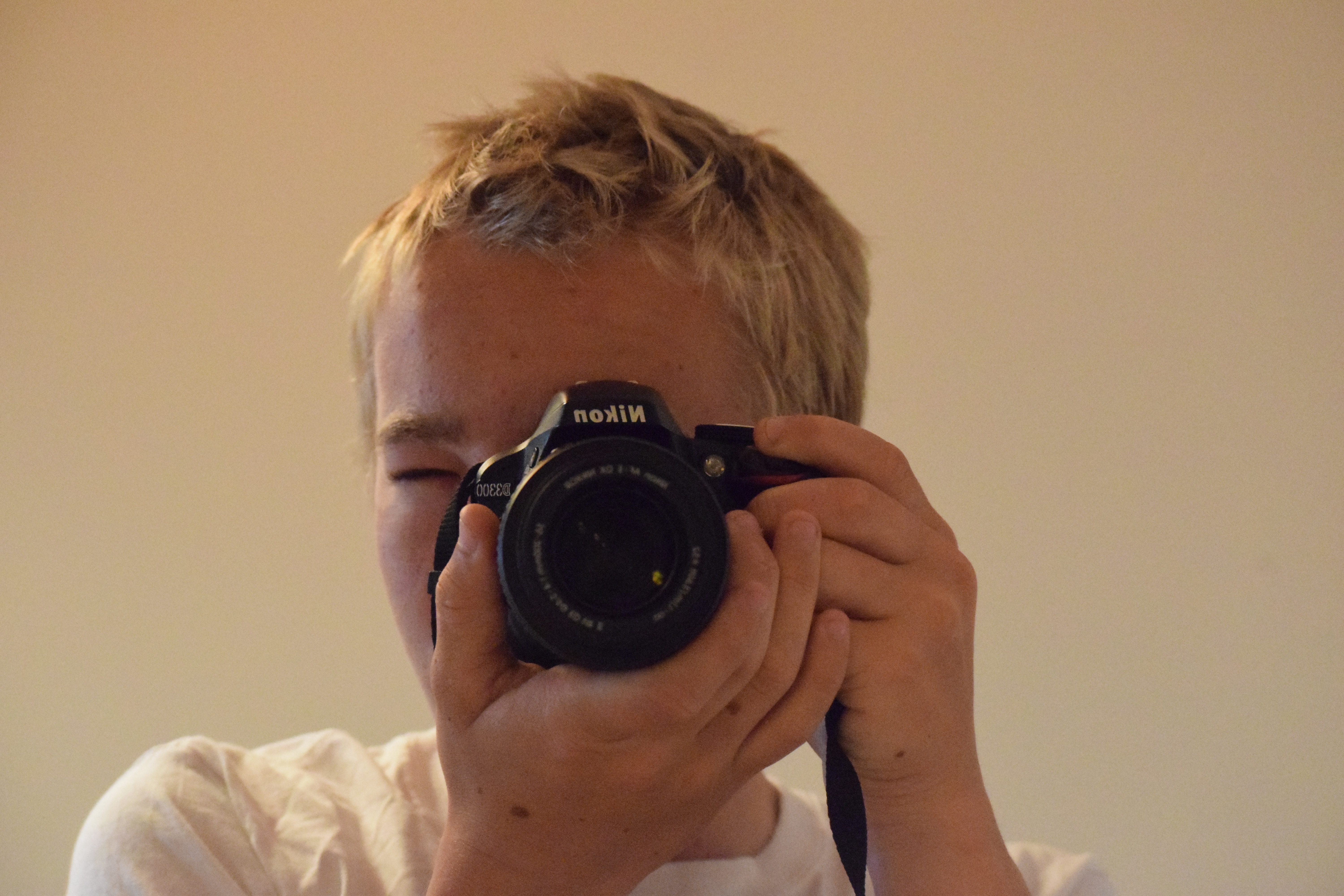